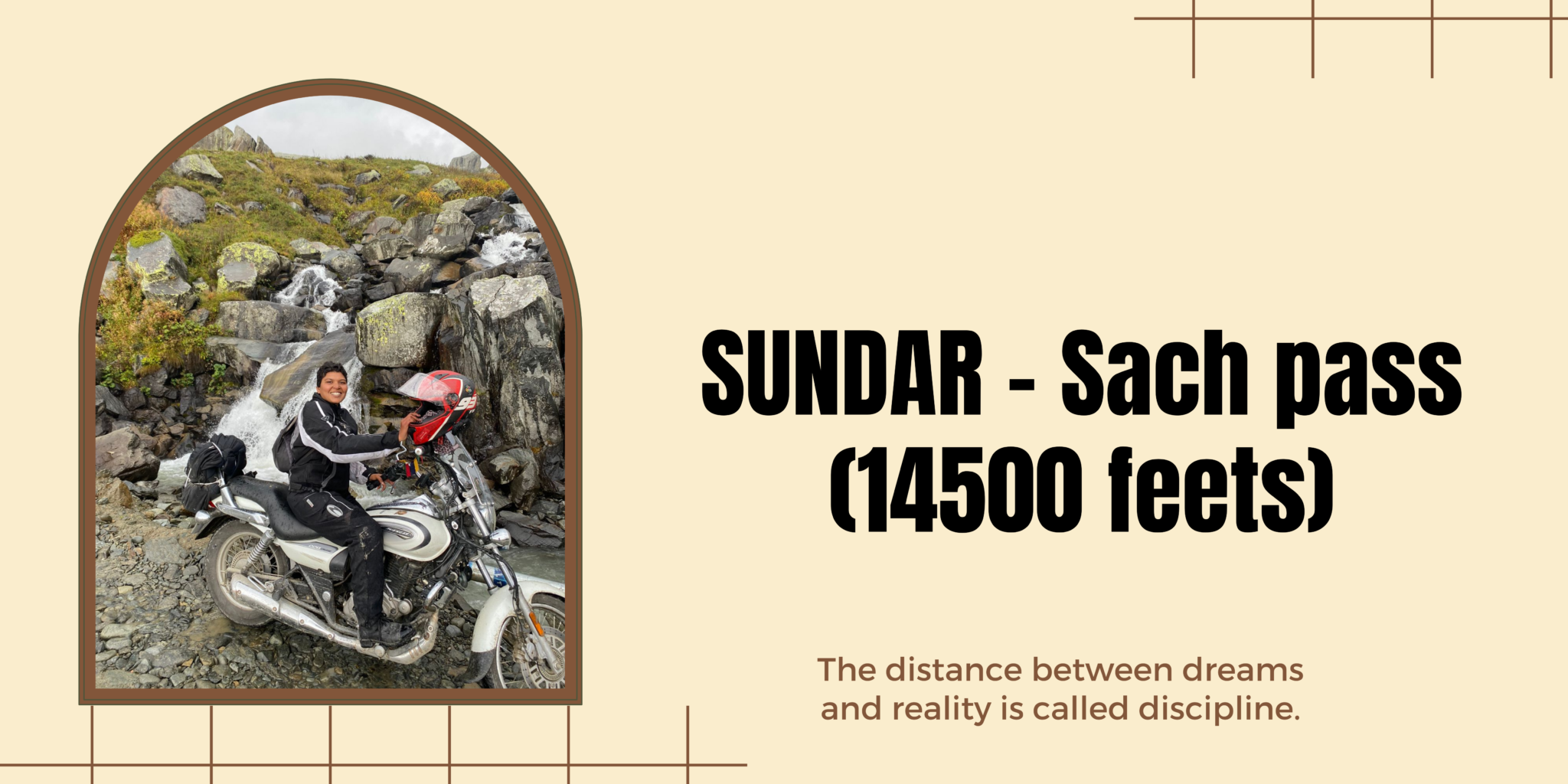 In continuation of our Ride for youth, we got to a place named Chamba in Himachal Pradesh. IAS Shivam Pratap Singh, who met us accidentally in one of our previous events ‘Gyanoday’, invited us to this place which was exhibited so beautifully by him that we were not able to resist ourselves from heading there.

The plan of ride

After driving on the rocky paths we finally reached the place after which Shivam ji gave the responsibility to IAS Naveen sir who proved to be a great companion to us.

Fortunately, we associated with the Nehru Yuva Kendra and Prerna Foundation whose cleaning drives and painting competitions were ongoing on the present day. We had our session in Government College, Chamba. During the session we came to know about a  rally organised by Brown Bear Motor Sport and supported by Chamba Association and Himachal tourism. That rally was for 4-wheelers and riders from all over the country registered themselves for the same and we found ourselves lucky enough to lead that rally.

We were excited for the rally but at the same time it was a silly challenge for us to wake up at 5:30 early morning to reach there at 6. So, one of our team members called us a couple of times and we finally reached the flag off ceremony at the police road on time. People started taking selfies with us and that enthusiastic aura inspired us so much. We got to know that rain was about to come and therefore, we decided to start leave a little earlier so that we could catch the four wheelers on time.

How did we execute the plan ?

The beginning of this adventurous ride was marked with humour when one of the four wheelers initiated the ride in wrong direction and all the other riders followed them and funnily for almost 25 kms or so we kept on going on the wrong path. We had explored a lot in this ride from jammu to leh and khardung la as was suggested by the riders community to us  but to my surprise sachpass was much more adventurous and dangerous as compared to the other seemingly dangerous destinations. Although it was at 14,500 ft but the roads were so tough but anyhow we managed to cover our initial 30 kms in 1.30 hrs. We were now not relying on google. Localites were our new path tracers and I remember one of our interaction with such a localite who offered us tea and lunch and that too, not only for us but for the whole rally. It was such a heartfelt moment and we felt affinity towards people of himachal and felt that ‘atithi devo bhavah’ was meant here.

We had to refill our fuel tank and as this was a public campaign, we headed towards a filling station and to my surprise, his first question was if we were hindu , the answer to which was ‘we are hindustani’. The fellow being muslim and anti-BJP interrogated and asked my views on the current ruling party and kind of, refused to refill our bike until I very patiently tried to mould his mindset and might somewhere in his heart made him believe that we all are one.

So, as we moved further, we were amazed to see such adorable and awestucking scenic beauty. The hills, valleys, the air, had a tinge of magic to them. At such an altitude, we witnessed clouds surrounding us. It seemed as if some angel had sprinkled dozens of diverse colors to this place. I was, at first sight, completely lost in this beauty and every effort of ours to reach this place proved to be of worth. The clouds reminded me of the sugar candies that we used to enjoy in our childhood; fresh, light and airy. It was a whole new kind of experience for me. I had never witnessed such a romantic and lovable place in my entire life. Life, water, snow, air, clouds,snow, all elements of nature seemed to be united at one place. That lovely waterfall took away my heart and I can never ever in my life forget the experience this journey has given me.

The last 65 kms: Our bike seemed to be in somewhat fragile condition. The rim of the rear tyre was completely damaged and appeared to be dangerous and unsafe to travel further and we thought of continuing the ride on one of the four wheelers if we get a slightest hint of danger further. We continued our ride in fear and it is not an exaggeration to label the paths and the destination itself as the toughest to cover, way more difficult than our ride to Khardung La as well. Although we are not professional riders and we at the very first sight of the obstructions were not confident enough to complete it but I was so surprised to see how bravely mukul controlled the bike on these breathtaking paths when even our rear tyre was not supporting us to the fullest, and it seemed as if we hit the bull’s eye.

One more incident I remember and cherish of this journey is when Mukul handed over the bike to me on the hilly roads with blind curves and encouraged me to drive. I felt as if he induced confidence in me which I somewhere lacked and supported me, and I successfully drove safely. At that moment of time, I felt how good the world would become if every male supported the female like this and how necessary it is for women to have a support system.

For a matter of fact, we fell once off the bike but were fortunately not hit hard and mukul continued from there.

The last 30 seemed like 300 to us. Our range of sight didn’t have any vehicles. All that we encountered were clouds and seemingly endless roads. We couldn’t see our destination. Mukul even advised to return back. We were anxious because of the videography and photography tactics that were adopted by the local police of that area to find people who get lost in the maze. They are used to search for the lost people by using their photographs and we heard of a lot of such cases before we headed here. So, yes, in a nutshell, we were fear stricken. 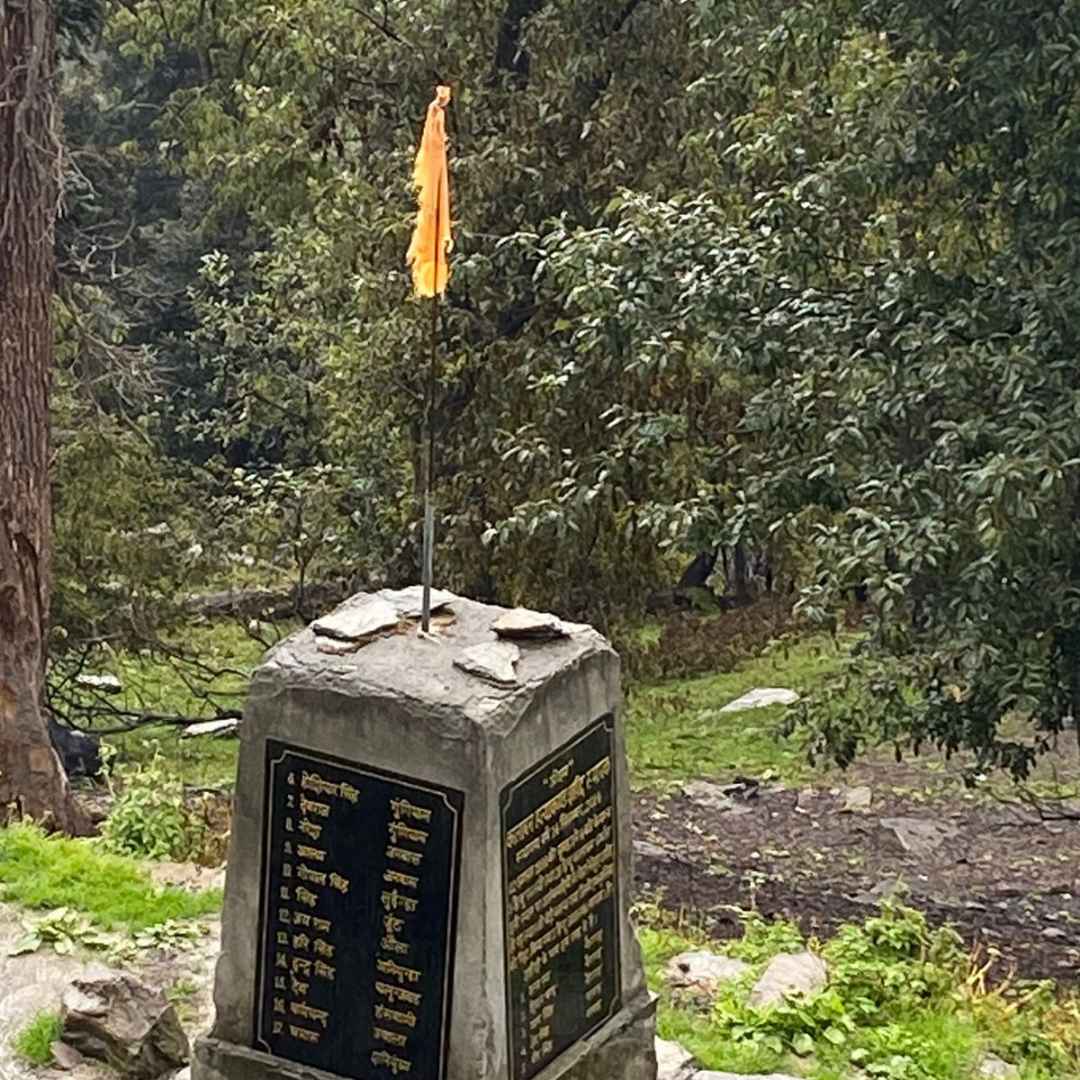 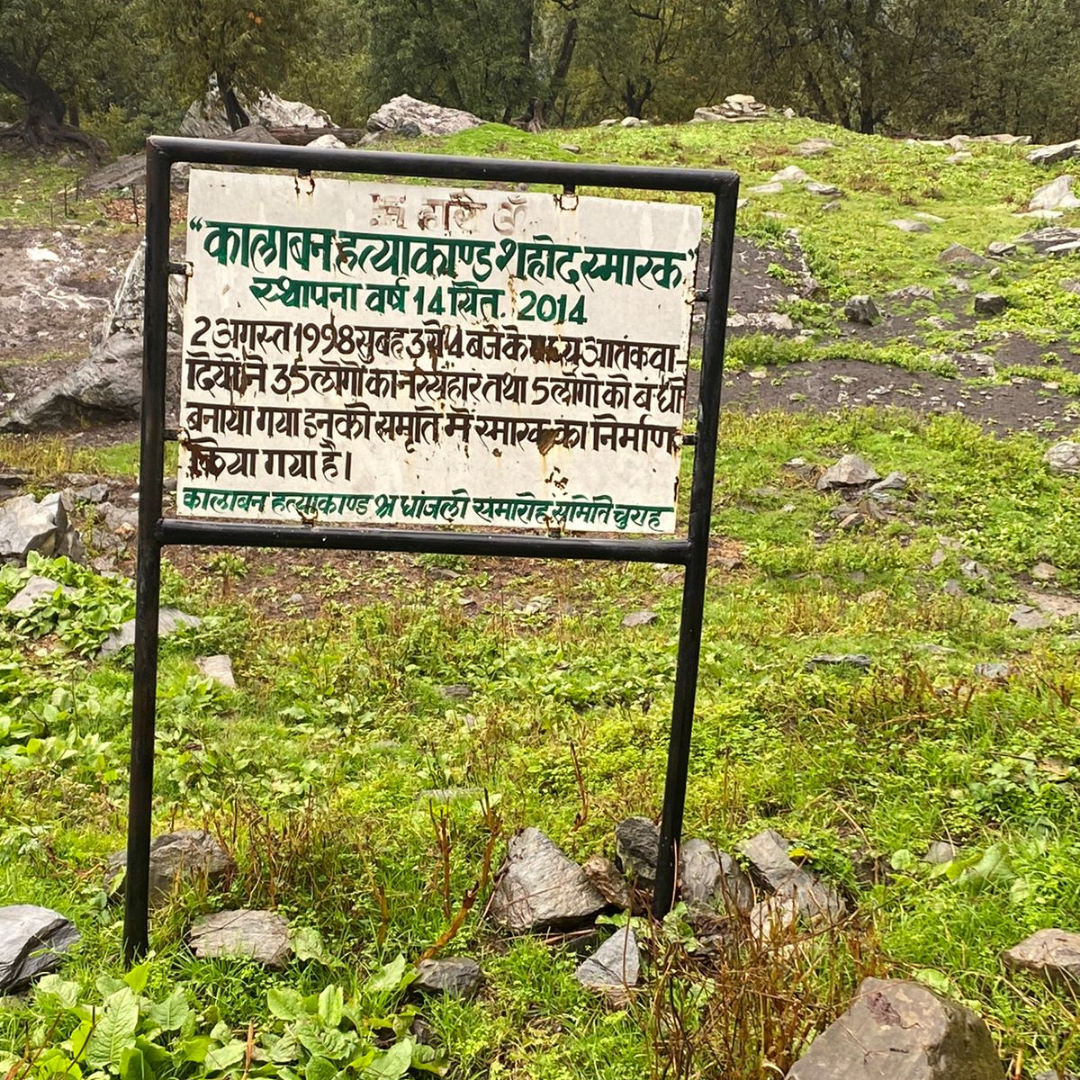 Struggling to keep our fear aside, we again focused on our ride and continued. We felt so relieved when we witnessed a jeep and then after some time, an ambulance of Brown bear motor gears was in our sight. As soon as we reached there, snowfall began and they suggested that we should not move further. We rode so hard to get here and we could not let it go with the tag of ‘incomplete’. So, we requested them and at last got permission to move ahead.

The last 2 kms were covered in 15 mins. We were wet from head to toe and were so happy to reach the final destination. It seemed as if that snowfall was there to welcome us. We met other companions and all of us rushed into a tea shop there to take shelter from the snow fall. 4 of the mates in the rally faced health deterioration and so we decided to not spend much time there. We took some amazing photographs and videos and left.

On our way back to the hotel, the beauty seemed to be enhanced because of the snowfall. The hills had patches of snow and gave a whole new vibe. We halted near a waterfall and spent some time there. It was an extraordinary experience for me. I wondered sitting there as to why Indians go to other countries without exploring their own. It felt as if many such beautiful places were still waiting for us to be explored and enjoyed. But anyways, I consider this place as worth visiting and I have lived the most beautiful moments of my life there. We also visited Kalaban Hatyakaand shaheed smarak and got to know that Hizb-ul-Mujahideen is an Islamist militant group operating in Indian-administered Kashmir. Its goal is to separate Kashmir from India and merge it with Pakistan. The group has claimed responsibility for multiple attacks in India. The 1998 Chamba massacre was the killing of thirty-five Hindus by Hizbul Mujahideen, in the Chamba district of Himachal Pradesh in India on 3 August 1998.

The places we explored:

After almost 12 hours of the journey, we finally got to see our beds which seemed to be no less than heaven to us after so much of an exhausting yet amazing ride. I am definitely coming back to this place soon.