Lock down: A blessing in disguise for the environment. 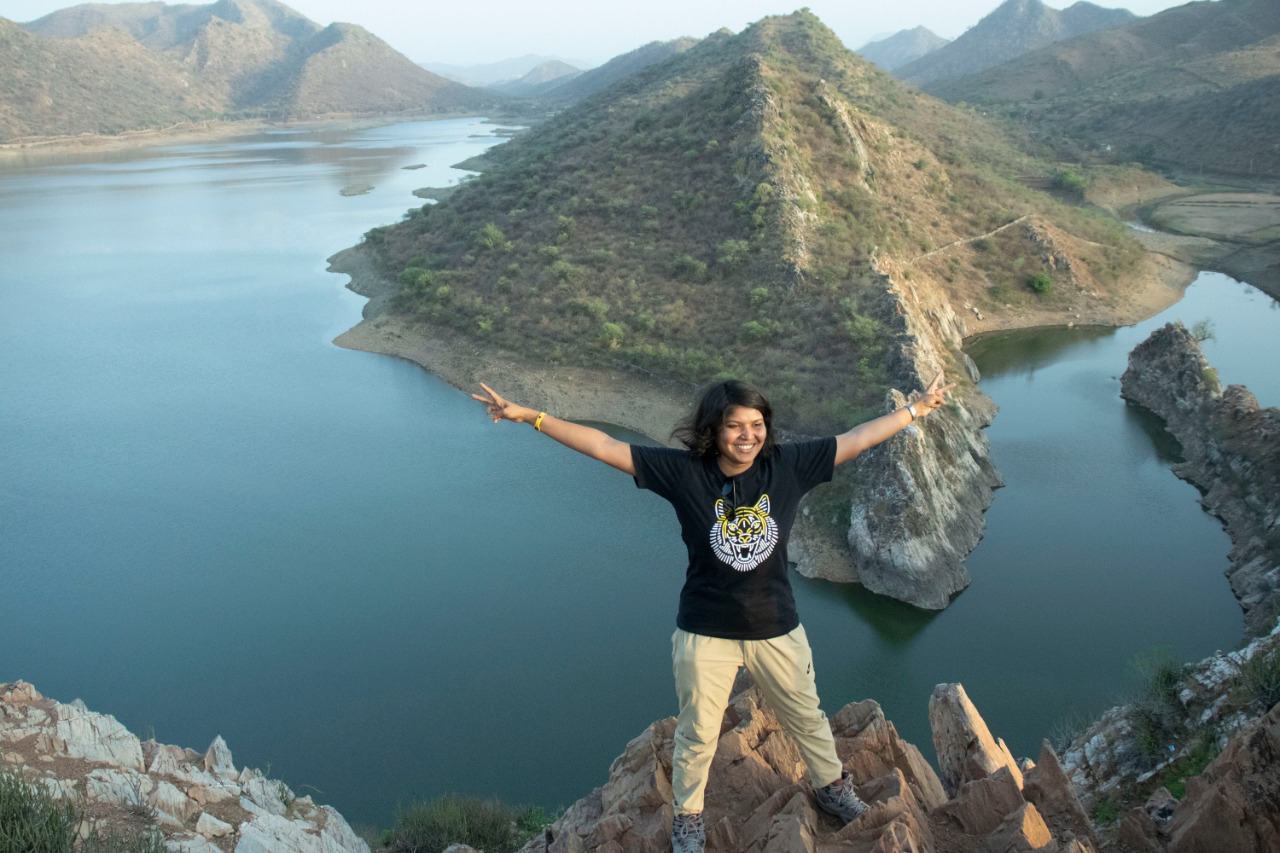 Social Issues and Awareness
Lock down: A blessing in disguise for the environment.
41 COMMENTS
June 4, 2020

From ‘Janta curfew’ to ‘Unlock 1’, we have come a long way. We saw so many ups and downs, for some days we were frightened, on others we became the Online Master Chef’s. All the promises to be immensely productive became a road down the memory lane.
On this Journey, under the eclipse of COVID-19 there was someone who accompanied us on the way. It was none other than our own Mother Nature. Before the series of lockdowns and curfews started, we had already crossed our limits on polluting and disturbing the environment.
The lockdowns imposed have helped nature  take a sigh of relief, but to understand that first we need to see why we are against nature.

Why Are We Against Nature? 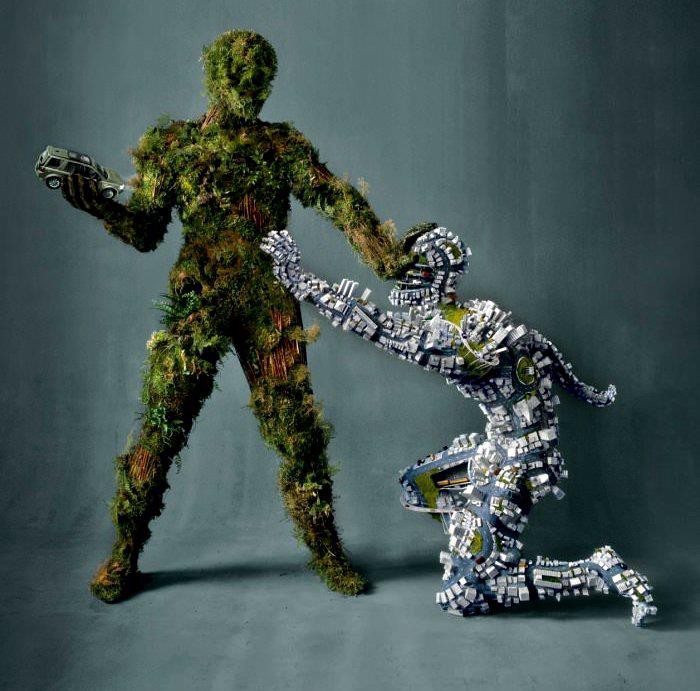 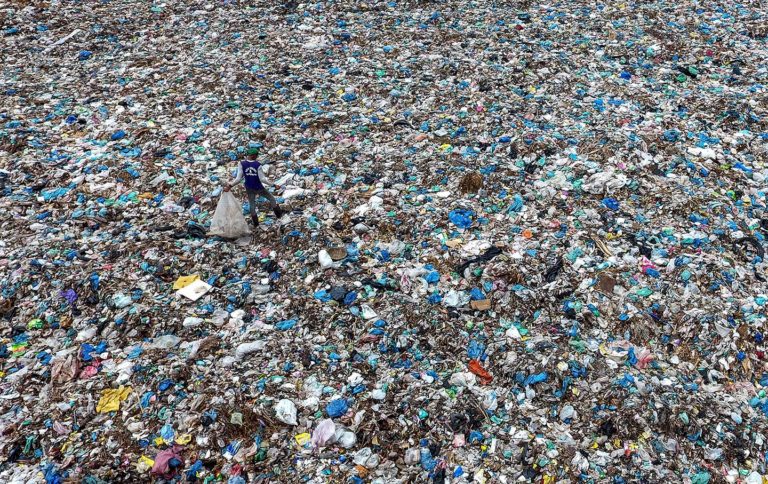 On our way to make our own world technologically advanced and eventually more comfortable for ourselves, we somewhere left our moral values behind.

When the first brick was laid for an industry, we entered a new phase of Human evolution, the world calls it ‘Industrial Revolution’ but when we look back today we can feel that the industrial revolution also brought dire consequences. The wealth that these industries created led us to lose the wealth of our nature.

Our greed for more and more wealth and comfort led us to destroy more and more, and even before we could realise we had exploited nature to a level that now if we even go a single percent above this level, we will be destroying ourselves.

When the first sun of the 21st Century rose, we all thought we were stepping into the future world that we had dreamt of in our movies and fictions. Little did we know that we were actually going towards a phase where we will be turning our back on our own Mother Nature.

The 21st Century has  brought one more thing, the destruction of the environment. Our vehicles, phones, shopping bags and even our aerosol deodorants contribute to deterioration of our surroundings and ironically enough we don’t even know about that.

Unfortunately, our country is one of the most polluted ones. Out of 30 most polluted cities in the world, 21 are Indian and we have broken terrible records of pollution and even nature needed a sigh of relief.

PM 2.5, PM 10, CO, and NO2, the most fatal of pollutants have been harassing the air we breathe. The oxygen levels had seen a dip that is unacceptable for human health. Nature was in severe need of taking a moment to recover, but we humans were never ready to give that.

Whenever our greed for comfort and wealth has increased, our Nature has suffered.

How Lockdown Has Helped Nature? 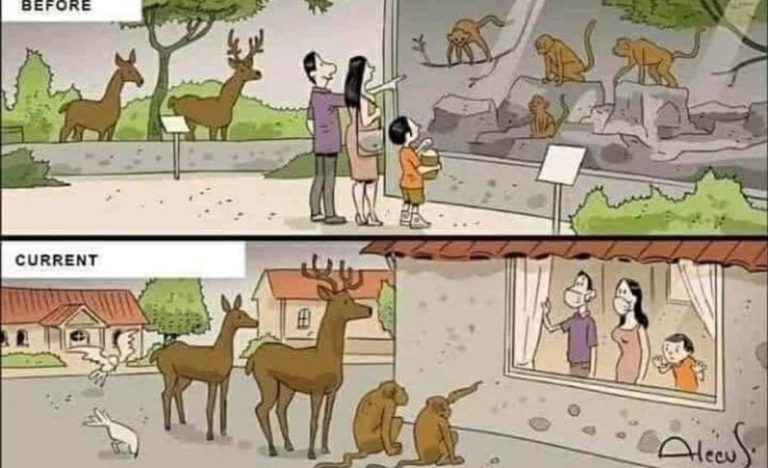 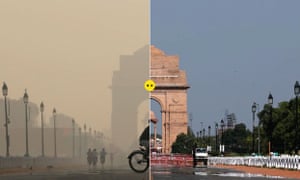 Before the breakout of COVID-19, we had already reached the last stages of pollution but then a virus came that showed us our place. We had forgotten that nature is the only supreme but nature had its own way of showing us.

When the nation wide, lockdown, began we became mere puppets that were locked down in their own houses and wild animals whom we had kept behind bars roamed the streets when we sat on our couches thinking about saving our lives.

Our vehicles who used to come out on the streets daily, to emit the pollutants that result in our own problems, now stood silently in our courtyards and parkings. The factories who used to pollute the air and thousands of gallons of water everyday now were shut and stood only on the mercy of nature.

Day by Day, the quality of air improved, the wild animals that were rare were sighted on streets, finally nature had a moment to breathe. We also realised how our actions have affected nature and we saw that our actions can very well deteriorate our earth.

In the month of April, our country saw amazing declines in the pollutant concentrations. In Delhi only, we witnessed 43, 31, 10, and 18 per cent decrease in PM 2.5, PM 10, CO, and NO2 levels during the lockdown period compared to previous years.

If the low levels of air pollution, which have been reached during the lockdown period, are maintained, India’s annual death toll could reduce by 6.5 lakh, a study by Indian Institute of Technology(IIT), Delhi stated.

That’s how the lockdown became a blessing for our nature, or rather for us.

What Is the Lesson to Take Home?

The drop in pollution levels throughout the world gives us a hope that our Earth can be saved but for that we have to give up on our greed. We need to realise that plastic and oil are not the ones that are polluting nature, it’s ‘our habits’ that wreck havoc on the mother Earth.

The gains that we have seen in the lockdown are temporary but we can make them permanent. Once every person in this world pledges in their heart to save our mother Earth, we will undo the damage we have brought in the past.

Governments will keep bringing new laws and the greedy ones will keep finding loopholes in them, this way nothing is going to change. Just two days ago, something happened that once again showed our cruelty and ignorance towards our fellow creatures. Some people in Kerala, gave an pregnant Elephant, a pineapple with crackers in it. It exploded in her mouth and she died.

It brings tears to my eyes, to think how heartless we can become, to kill an elephant who was going to be a mother. When we lose someone close to us, we are struck by a thunderclap, then how can someone be so inhumane to snatch away a child and a mother.

One thing that I have realised is that, the only way something will change is if we become aware of our doings and try to lead simpler lives that make us come closer to mother Earth.

41 thoughts on “Lock down: A blessing in disguise for the environment.”